The increasing popularity of rap music 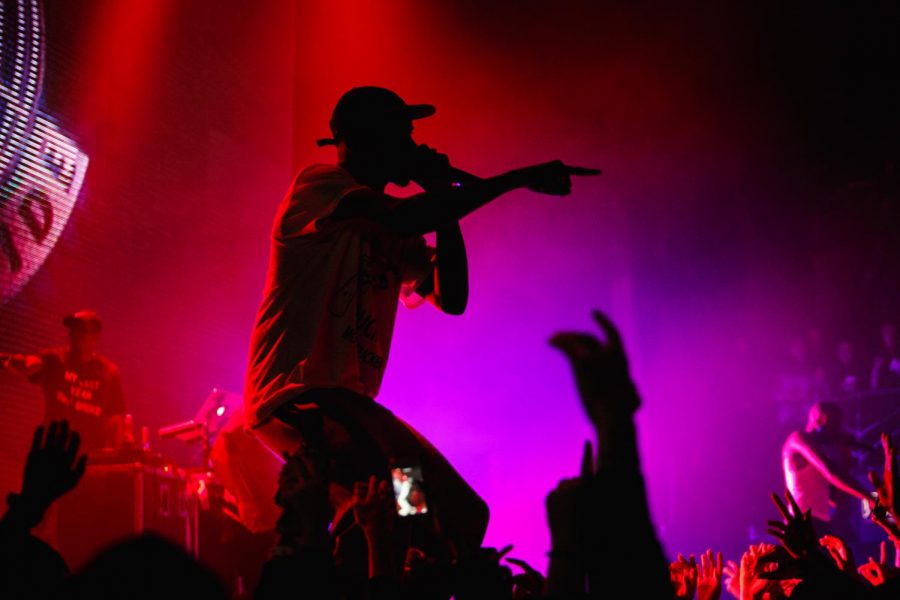 In mealy 10 years children have gone from wanting to be rock stars to wanting to be rap stars. Rap as a genre of music has had an impressive increase in popularity. With new Rap/Hip Hop artists emerging and becoming superstars overnight there must be some reason that the younger generation can’t get enough of this new type of music.

In 2018 Hip Hop finally reached the peak of the music world by surpassing any other type of music for being the most listened to genre but why is this happening why is Hip Hop out performing all other types of music? The main reason is just the same as all of the other changes in humanity: Technology. Technology has absolutely changed everything for the Hip Hop industry. First, better technology allowed rap artists to more easily achieve their desired sounds by allowing producers to create a multitude of beats with differentiating sounds that make them stand out. Also technology has allowed the producers to make these beats for cheap with some sound engineering platforms costing only as much as a computer and a simple 30 dollar app.

Back in the postmodern era of rap all of the beats had to be recorded by real people in a studio but now almost every imaginable sound can be accessed from a producer’s laptop. Making beats easier for producers to make is not the only way that technology has influenced Hip Hop.

Technology has gifted artists with the opportunity for their music to be heard on a number of platforms and more and more people are using those platforms every day. One of the fastest ways for artists to get heard is by someone on Tik Tok making a video of the artist’s song. The platform allows millions of people to enjoy millions of videos and sometimes all it takes is one famous Tik Toker to make a dance to a song and the song will most likely explode in popularity.

Tik Tok is not the only way for artists to blow up quickly there are many other platforms like Youtube, Instagram, and Twitter where all it takes is a couple of likes, shares or thumbs up to gain a single lot of traction and deliver to a massive audience. At the same time all of these platforms can be used to make a song blow up and the main users of these platforms are the younger generations which is why many of these songs are so popular for the younger generations. Another reason that Hip Hop as a whole genre has become so big is because of the new music listening platforms such as Apple Music, Spotify, and Soundcloud.

All of these generally new platforms allow people to listen to all of their favorite music for a monthly fee rather than having to buy every song individually as was the norm in the past.

According to Raisa Bruner in her Time Magazine article titled How Rap Became the Sound of the Mainstream, “streaming services give rappers the chance to be discovered by huge audiences. SoundCloud, for instance, claims to reach 175 million global monthly users. Spotify has over 70 million subscribers and continues to grow rapidly; one popular hip-hop playlist curated by the platform, RapCaviar, has nearly 9 million regular listeners.”

Along with the low price more and more people are getting cell phones that are more compatible with these music platforms which influences more people to download and listen to music.

When asked why he thinks that rap has become more popular Liam Blank said, “I think rap is more popular because the ability to access the music is thousands of times easier than it used to be.”

Regardless of the reasons for rap’s popularity, there is no debate in the fact that it is here to stay.