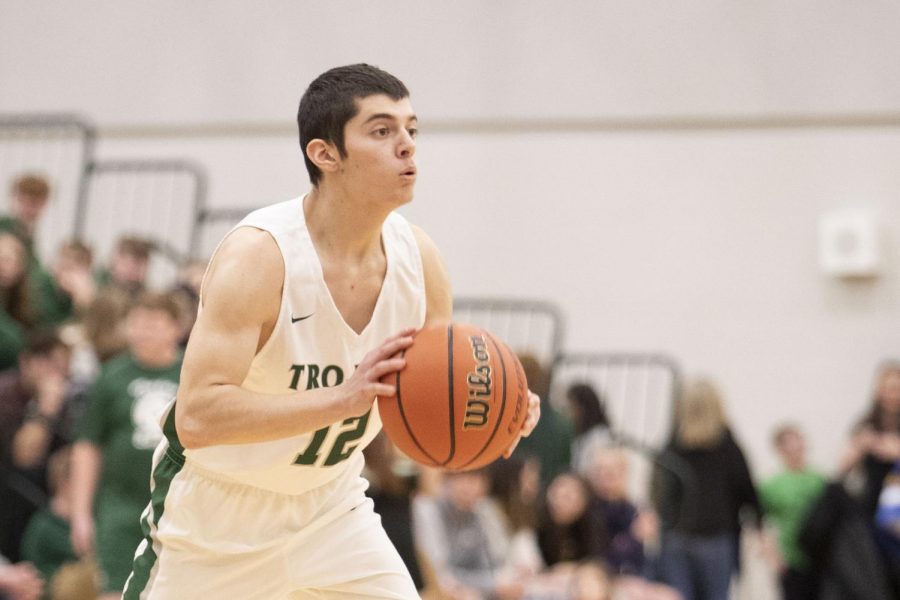 Every athlete knows the time and dedication that it takes to be able to say they’re a varsity player, but what people will not see is the sacrifices and struggles athletes go through to be on a varsity team, or sometimes to fall just short of the title. Sports can be rewarding, but no one talks about the emotional and physical hardships that committed athletes endure.

Not only does the hard work and time that it takes to be on a varsity team affect the players, but it affects the coaches to build that team. Coaches will have to make hard decisions, deal with letting down hard-working players, and answer to players and their parents who disagree with their decisions.

Athletics is a large part of the community at Kelly Walsh High School; after all, it is one of the “Four Pillars of Excellence.” The athletes and coaches at Kelly Walsh have to make many sacrifices to be able to represent the school as one of the best athletic schools in Wyoming. They put in many hours of practice; some athletes and coaches see their team more than they see their family. Many athletes put in money or hours fundraising to be able to play their sport. Coaches and athletes will go through a lot of emotional and physical challenges to be able to represent their talent on a team. However, they all have a collective love and passion for the sport and that is why they endure these hardships.

Tyler Pacheco, a Junior and a varsity starter for the boys basketball team at KW, explained how working toward varsity and playing on the team affects him and those around him. Pacheco did not play varsity at all his freshmen year, however, was starting varsity his sophomore year.

“I started going to the gym every single day, sometimes twice a day, just to play basketball. I showed up to every practice, even if it wasn’t required. I got there early, and I would stay late, just to get that face time with the coach,” said Pacheco.

Pacheco is a prime example of the dedication and hard work that it takes to be a varsity athlete. He put many hours of practice and effort into being able to hold that title. Pacheco goes on to talk about how his varsity placement affected the athletes around him. He spoke on how athletes’ effort changes when coaches make certain varsity placement.

“I think incorrect placement of players happens sometimes, but some athletes, when coaches make a choice that they feel is wrong, they will stop trying but others will take it as a challenge to work harder,” said Pacheco.

This attitude change and dedication is just part of what it takes to grow as a player and have that chance to move up to a varsity position. If an athlete does not take the chance to just work harder when the coaches make a decision that they disagree with, they do not have what it takes to be a varsity athlete.

Building off of that, the athlete is not the only one that varsity placement can take a toll on. Coaches have to deal with the decision making, letting some of the athletes down, and handling the athletes and parents that disagree with their decisions. Coach Jerry Realing, the girl’s head soccer coach, spoke on all of these situations and how varsity placement affects him as a coach.

“It is difficult. One of the first things you do with your athletes is build relationships with them as a coach…. Making a Varsity-JV determination is always difficult, and I don’t know a coach who enjoys going through that,” said Reading.

Clearly, forming a varsity team can take a toll on everyone involved. It affects the athletes who are working hard toward a goal, and it affects the coaches who have to tell those athletes that they did not cut it. Realing also spoke on having to deal with parents who disagree with his decisions.

“Parents are always their childrens’ biggest supporters. But, I think oftentimes, parents don’t realize, as coaches, we have to make difficult decisions that they don’t have to make. I think as a coach, you always have to expect parents to stick up for their kids,” said Reading.

Although, varsity placement of athletes and many other aspects of sports can cause emotional and physical challenges for the athletes, coaches, and those around them, they push through and stay committed to the team. Athletes and coaches will almost always stand together when it comes to being a team, because that is when they succeed.