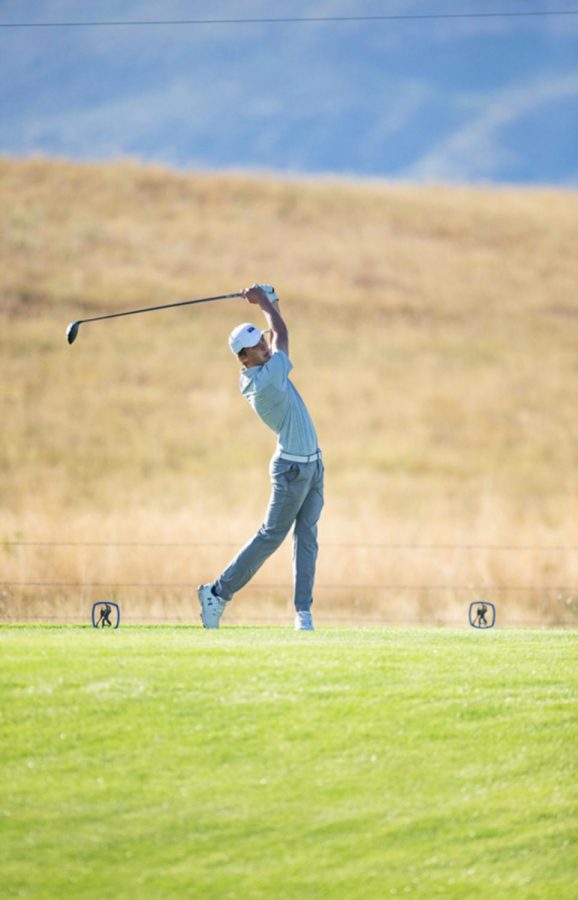 The duo that assisted in making the Trojan Golf team three-time state champions this past October signed their letters of intent to golf at their respective colleges. Taj Sutherland was the individual state champion at the tournament this year while Russel Sprecher took 8th place.

Sutherland signed to the University of Texas-Rio Grande, an NCAA Division I school in Edinburg, Texas located near the Mexico border. Sutherland had a successful senior season where he averaged 71.6 strokes and ended as an individual state champion on top of his team’s victory as well. He chose the University of Texas-Rio Grande “Mainly because of the area and the coach. I really liked the weather and how the coach ran things,” said Sutherland.

Sutherland is excited yet nervous for the big change ahead of him. “I think that college golf is the next step in my golf career,” said Sutherland, “Everything is better from the facilities to the competition so I’m very excited for that. I think I’m most nervous for moving so far away from home and having a different experience but I think it will be really good for me.”

And a different experience it will be. Sutherland was homeschooled his whole life until his senior year in high school, so moving nearly 1500 miles away from Casper, the place he has known has home for over 18 years would be considered a major life change for nearly anyone.

As for Sprecher, he chose to stay much closer to home and will be attending Eastern Wyoming College in Torrington, Wyoming starting in the fall of 2020. Eastern Wyoming is ranked number 13 for junior colleges in the nation for men’s golf so the school is a perfect fit for Sprecher’s outstanding talent.

“I chose EWC because of the level of competition they gave and their winning background,” said Sprecher, “and the college is close to Casper and the coach is a really good guy.”

Sprecher also had a very successful senior golf season by winning 2 varsity tournaments during the fall and averaged 72.5 strokes. Sprecher helped lead his team to win the state championship with his 8th place finish.

Sprecher is enthusiastic for his future with golf and said, “I’m excited to see where not only EWC can take me, but where golf itself can take me and I’m super excited for my future.”

Taking your career to the next level for anything is a big step, and for these two young men, it is no different.