Social Media: Love It or Leave It 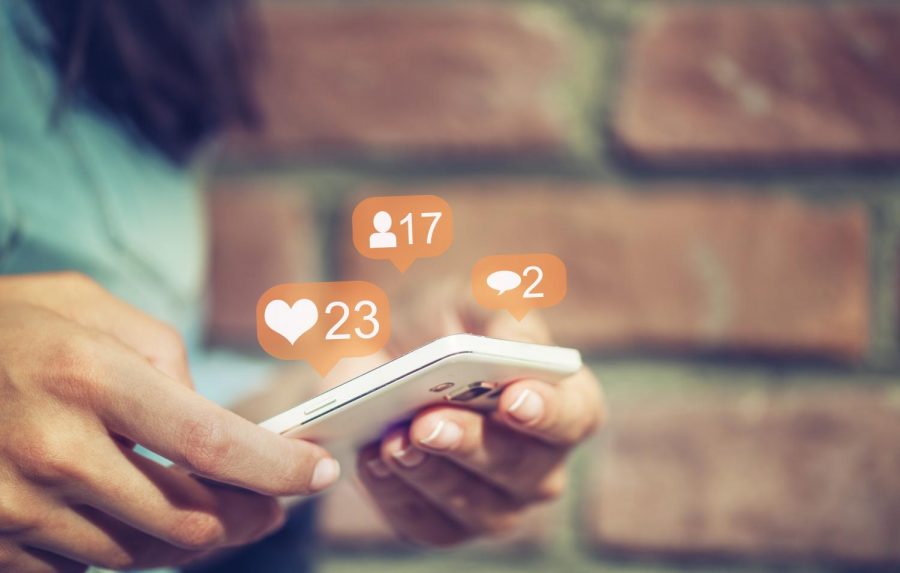 Social media is a huge deal in today’s world. If you like it, love it, or even hate it, everyone has or knows someone that has social media. For some people it’s a way to stay connected to the world or even just a long lost friend. But for others it’s a waste of time and not even important to them.

To people our age, around 16-18, social media is considered a big deal. Many use it as a way to talk and connect with friends or family, and some use it just to get a laugh or watch something cool. Social media is described as, “websites and applications that enable users to create and share content or to participate in social networking”.

Jace Palmer said, “I use social media to express myself and who I am. I love clothes and shoes and social media is a great place to connect with people who have the same interest. I’m also a wrestler and meet new people all the time, social media helps me stay connected.”

Popular social media’s now consist of; Snapchat, Instagram, Twitter, VSCO, YouTube, and most recently, Tik Tok. Most of these apps allow people to share either pictures or videos of themselves or what they like to do. They also allow you to view other peoples creative ideas.

To some people social media is a big deal, but to others it not that important. It can be distracting or even disturbing at times. And to some people that’s why they shy away from it.

“I don’t need social media, I rarely use it to be honest. It’s there and when i’m bored i’ll get on it but I play sports, enjoy being outside, and hanging with my friends. I feel like social media is just not super important” said senior, Luke Nathan.

There are a lot of people like both Jace and Luke, they either use social media a lot or they don’t. Social media can be both helpful and harmful. For the most part it is easy to control what is seen, but sometimes you never know.

In the end, social media can either be a ticket to freedom and stress relief, or just a place to go to burn time.