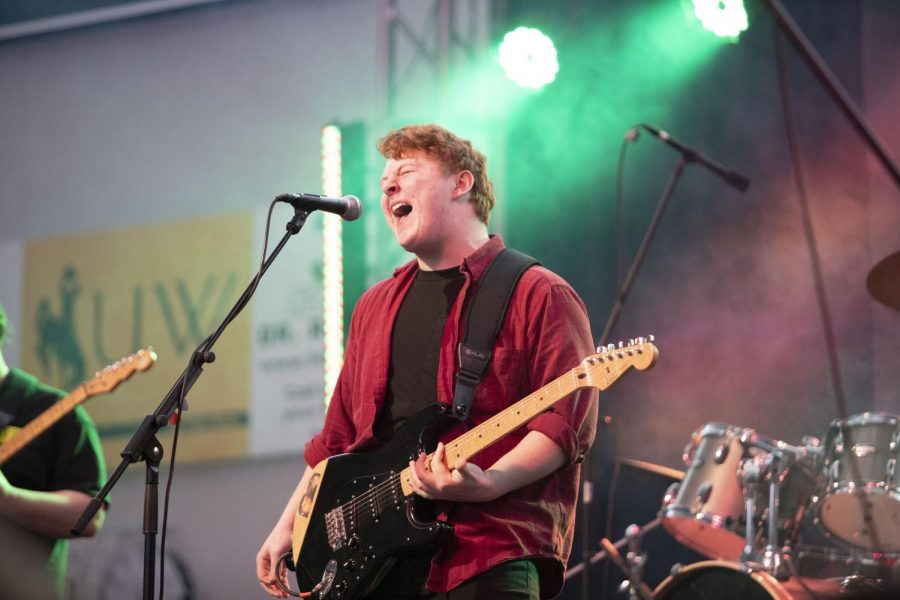 Rodstock has been a tradition at Kelly Walsh High School for 11 years now. The day full of music and fundraising was founded and named after Rod Mahaffey, a former Kelly Walsh teacher who started the event, naming it after himself.  Mahaffey liked to play music for his classes one day a year, but in 2008 the idea to make Rodstock a school event that showcased student talent took root.   Each year since the event has gotten bigger and bigger.

The biggest purpose of the day is to raise money for the Make a Wish Foundation, and it is always very successful. This year, Kelly Walsh raised over $12,000 for the organization. The day is also full of music and enjoyment, though. Kids and staff come together to perform, raise money, and celebrate each other. One of the students who participated in Rodstock this year, and last year, was junior Carter Sanders.

“I really dig that we can just have a day where we get to hangout and listen to a bunch of music,” said Sanders.

Sanders is involved in the arts at Kelly Walsh, such as guitar, choir, and the musicals. He’s also in a band with his dad, his uncle, and his brother.

“We started the band around 2015 and have been jammin’ ever since,” said Sanders.

The name of the band is ‘Kings of November’. “We got the name because originally the band was just me, my dad, and my uncle and all of our birthdays are in November,” said Sanders.

The band really engages the crowd and gives the gym a whole different energy. “We just really like to perform a ton, and Rodstock is a really good opportunity to try and give a good performance,” said Sanders.

The crowd loves the rock n’ roll band and really gets involved with the performance.

However, as expected, performers still get really nervous before they get on stage. Nonetheless, Sanders uses it to his advantage.

“At first I’m always at least a little bit nervous, and then I get a huge wave of adrenaline and just go into it with a ‘let’s kill this’ mentality,” said Sanders.

After getting on stage, most of Sander’s nerves go away. He feels the energy of the crowd and gives his energy to them, too. He feels this energy as he’s performing.

“I feed off of the crowd big time for sure, and then the crowd feeds off me,” said Sanders.

He and his band believe that giving a good performance is vital. Sanders explains how he feels once the crowd goes wild.

“I get a super adrenaline rush and everything goes well from there,” said Sanders.

After he’s done performing, Sanders just has fun listening to music and performing for a good cause. Overall, students enjoyed participating in and watching Rodstock. It’s a great event that showcases a lot of talent and raises money for a good foundation.